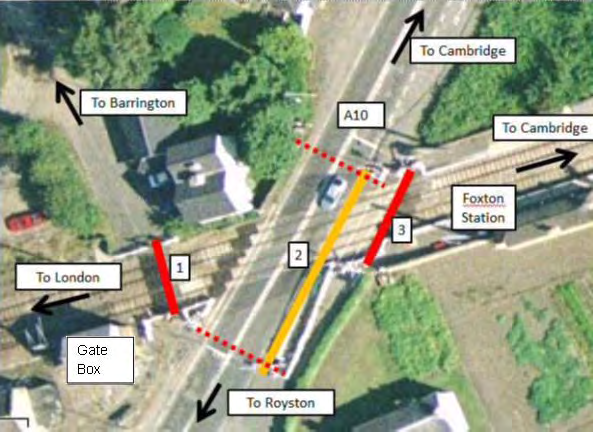 Officially shelved in 2013 after the Network Rail GRIP2 report deemed it too expensive, the Foxton Crossing Bypass scheme is back on the table after the Greater Cambridge Partnership (GCP) revealed that traffic is set to grow by 40% in the South Cambridge area by 2031.

At a meeting of the Foxton Parish Council on March 5th, officials from GCP said that both overbridge and underpass options are being considered for the scheme, the first task being to update the costings from the original GRIP2 report, now 5 years out of date.

Due to be completed in 2023, the scheme may be delayed by decision making on the East West Rail link which would see the number of rails through Foxton double from 2 to 4.

A lively Q&A session followed the presentation, as residents and parish councillors from local villages along the A10 corridor including Harston, Orwell, Foxton, Barrington and Fowlmere stood in turn to ask questions about A10 access, environmental impact and housing schemes.

Despite numerous questions from the floor, GCP officers refused to be drawn into the debate about a bypass for Harston, saying that this was a matter for the Highways agency and that local residents should approach their local councillors or MP.

Click here for a full report of the meeting.

For the Greater Cambridge Partnership page about the Foxton Crossing, click here.